Dominated by ragged mountains and blessed with bountiful vineyards perched on hillslopes amidst age-old cypress trees and olive groves, Nemea offers one of the most stunning landscapes in the Peloponnese.

This lush upland valley, located midway between the towns of Corinth and Argos, has a long history. In mythical times its name was closely linked with Hercules, who performed his first feat, the slaying of the ferocious Nemean lion, in one of its mountain caves. The hero kept the beast’s pelt and, ever since that day, wore it like a suit of armor. Later, the region became known for its sanctuary of Zeus and the biennial athletic games held in his honor, as well as its Phliasian wine which was famous throughout ancient Greece.

Today, Nemea is celebrated for the local Agiorgitiko variety, one of Greece’s most important red grapes with Protected Designation of Origin (PDO) certification, perpetuating a 2,500 year old tradition. Nemea is often referred to as the crown jewel of the new wine industry and Greece’s most important appellation, while its wineries are ranked among the top names in the country.

THE ESTATE | THE LAND | THE VINEYARDS | THE VARIETIES | THE WINERY 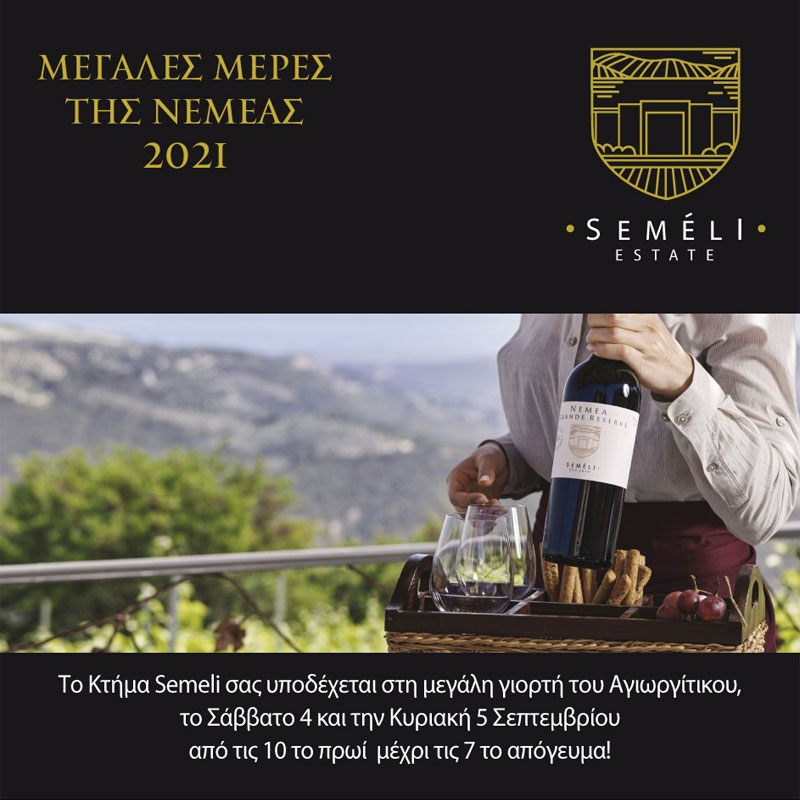